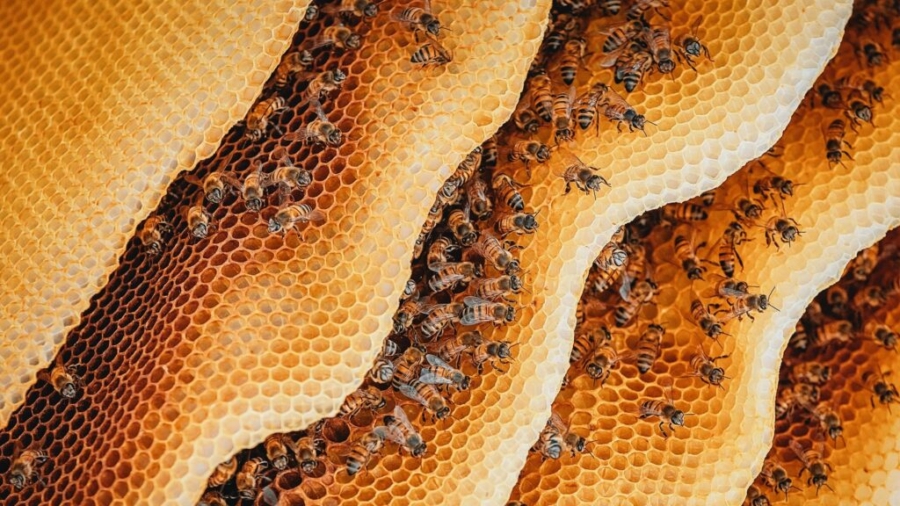 Is honey vegan? Here’s why bees make it and need it way more than humans do – and how to sweeten your life with honey alternatives.

Honey — it’s a popular sweetener for tea and baked goods alike, and it’s estimated that humans have been using it for more than 8,000 years.  Honey is made by bees, and because we typically associate its image with peaceful, pastoral beekeeping, the question of whether or not honey is vegan is often one that will get you different answers, depending on who you ask. So, what’s the buzz? Is honey vegan?

How Is Honey Made?

Over time, pollinators — which not only includes bees, but also butterflies, other insects, and birds — and plants have evolved to have a mutually beneficial relationship. According to the U.S. Forest Service, pollinators collect pollen from the antler (the male part of the plant) for food. When that bee moves to another flower of the same species, some of the pollen on its body sticks to the stigma (the female part of the plant). This sequence of events helps plants reproduce. A successful pollination yields seeds or fruit, allowing the flora species to continue.

Although many insects and animals aid in the pollination process, only one makes honey: the honeybee.

The insect then stores the nectar in its extra stomach, called a “crop.” If one forager bee finds a good source of nectar, she’ll tell her fellow hive members about it through a series of dances.

While bees buzz around collecting pollen and nectar, the enzymes in its crop mix with the nectar. This transforms its chemical composition and pH, making it better for long-term storage.

Once the honeybee returns to its hive, it regurgitates the nectar into another bee’s mouth. Then, the insects repeat the process until the nectar is transformed into a thick, enzyme-rich liquid that gets deposited into a honeycomb.

Then, industrious insects “fan” the nectar with their wings, speeding up the evaporation process. Once the majority of the water is gone, the bees finally have honey. One bee will seal up the honeycomb via secretion from its abdomen, which hardens into beeswax. Honey can then be stored indefinitely.

According to Scientific American, a colony can bring in about 250 pounds of nectar — a significant feat considering that most flowers will yield only the tiniest drop of the sweet, sticky liquid.

A typical jar of honey requires an astounding one million flower visits. One colony can produce between 50 to 100 jars of honey per year.

Bees put in a lot of work to make honey with good reason.

According to BeeSpotter, the average colony consists of around 30,000 resident honeybees. It’s estimated that the bees will use between 135 to 175 gallons (or about 2,100 pounds worth) of honey annually.

Pollen is the primary food source for honeybees. But multiple members of the colony also consume honey, from the workers and drones, who need  it to keep their energy levels up, to the larvae.

One of honey’s most important uses is during the winter, when worker bees and the queen cluster together and metabolize it to generate heat. There are few flowers to pollinate after the first frost, so honey becomes a vital food source. The action helps protect the colony from cold weather, keeping it at a cozy 85°F. If honey supply falls short, the colony will perish.

Honey has been part of the human diet for thousands of years.

Alyssa Crittenden, a behavioral ecologist and nutritional anthropologist at the University of Nevada, Las Vegas, wrote of the history of honey’s human consumption in the journal Food and Foodways. She argues that honey may have been an important food source in helping early members of the genus Homo to evolve.

Crittenden points to a number of hints that early humans may have included honey in their diets. Primates like baboons, macaques, and gorillas are known to eat honey. Because of this, she told Smithsonian, “it is highly likely that early hominids were at least as capable of honey collection.”

Science Magazine bolsters this argument with further evidence: Egyptian hieroglyphics depicting bees dates back to 2400 B.C.E. Beeswax was found lining 9,000-year-old clay pots in Turkey — it’s speculated that this was to waterproof pots or it could be a residue of honeycomb used as a sweetener. Honey was found in Egyptian Pharaoh tombs.

So finally, the question of the hour: is honey vegan?

According to The Vegan Society: “Veganism is a way of living which seeks to exclude, as far as is possible and practicable, all forms of exploitation of, and cruelty to, animals for food, clothing or any other purpose.”

Going by this definition, honey is out, as it’s using animals for food. But some might argue that while commercially produced honey isn’t okay, honey collected from backyard bees is. But The Vegan Society maintains that no honey is vegan:

“Honey is made by bees for bees, and their health can be sacrificed when it is harvested by humans. Importantly, harvesting honey does not correlate with The Vegan Society’s definition of veganism, which seeks to exclude not just cruelty, but exploitation.”

The production of conventional honey may also hurt bees. When honey is harvested, it is replaced with a sugar substitute that lacks micro-nutrients. It’s also not as quaint as wild bees buzzing to-and-fro collecting pollen. Colonies may be culled post-harvest in the name of keeping costs down. Queen bees, which would typically leave the hive to start new colonies, have their wings clipped.

But, what about honey from backyard bees who are cared for? That can be up to the individual, depending on who you’re asking.

Where to Buy Vegan Honey

If you want to skip honey, then you’re in luck — you can replace it with liquid sweeteners like maple syrup, date syrup, and even honey made from dandelions.

Delaware-based brand The Single Origin Food Co. makes three types of vegan honey. Each flavor has unique notes; Copper is chocolatey and caramelly; Blonde is delicate and floral; and Amber is warm and fruity. You can use it any way that you would use conventional honey.

Founded by two brothers, Rodney and Danny, BlendItUp’s vegan honey made from apples and nothing else. Use any way you would normally use honey. Try it drizzled over pancakes, swirled into oatmeal, or in smoothies.

Known for its syrupy date nectar, D’vash Organics made what it claims is the world’s first sweet potato honey. Made from organic North Carolina sweet potatoes, it has a sweet and crisp flavor and golden, honey-like texture. Try using it in both sweet and savory dishes like baked goods, marinades, and dressings.

LIVEKINDLY is here to help you navigate the growing marketplace of sustainable products that promote a kinder planet. All of our selections are curated by the editorial team. If you buy something we link to on our site, LIVEKINDLY may earn a commission. 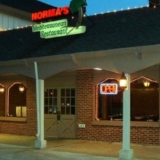 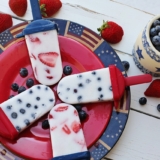 Here is a compilation of Vegetarian and Vegan 4th of July re ...